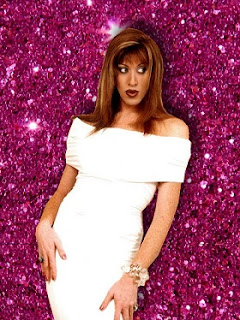 Shenanigans - female impersonator, Lilly Slaptsilli, serves up lashings of laughter, music and mischief tackling a dozen or more favourite musical icons at the Rhumbelow Theatre in Durban. The show is a celebration of female vocalists from around the world. Her playlist reads like a Hollywood guest list.

Shenanigans starring Lilly Slaptsilli runs from February 22 to 24, 2019, and is a camp comedic romp for audiences of all sexualities and perversions.

Sassy Slaptsilli truly has the gift of comic timing as she pays lip synch service to a bevy of icons such as Carol Burnett, Whoopi Goldberg, Tina Turner and Pam Ann.

Another strong aspect of the production are the hilarious video skits played during costume changes. The consistent level of dedication to their craft is what made them survive where many others have failed. Expect a frisky mix of humour, dance, music and fashion – with an insider wink on socio-political pop culture. And Outback-Barbie types beware: Lilly can spot a Foschini or Markhams wardrobe a mile away!

Lilly Slaptsilli, one half of the legendary drag duo, Mince. also starring Kieran Legacy originally masterminded by David Kramer in 1995 for the DK Rd Theatre, then became the resident show at On Broadway for more than 17 years, has become an institution, travelled extensively locally and abroad, and even morphed into an Afrikaans version (Fop Jou Hier, Dos Jou Daar) for the Klein Karoo National Arts Festival in 2011.

Take along food picnic baskets. Braais will be available. There is limited secure parking and booking is essential. A cash bar is available (no alcohol may be brought on to the premises). Rhumbelow Durban is situated at 42 Cunningham Road off Bartle Road in Umbilo.

Booking is through Computicket or contact Roland on 082 499 8636, email roland@stansell.za.net (also for group booking discounts of 20 or more) or visit http://events.durbantheatre.com
ARTSMART at 2:42 PM
‹
›
Home
View web version