The Piano Trio in B-flat major was composed by Ludwig van Beethoven in 1797, one of a series of his early chamber works using predominantly woodwind instruments as they were popular at the time. 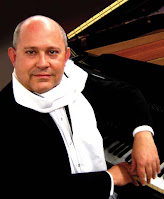 Child prodigy Max Bruch composed his Eight Pieces for Clarinet, Viola, and Piano, Op. 83 in 1909, in his 70th year, for his son Max Felix, a talented clarinetist. The clarinet and viola parts were also arranged for violin and cello to appeal to a wider audience.

Trio for oboe, bassoon and piano by Francis Poulenc is a three-movement chamber work which has been performed and recorded frequently and critics have praised the work's depth of feeling. It is regarded as the first major chamber work by Poulenc.

Aristide du Plessis has established a reputation as one of South Africa’s leading cellists, making regular appearances on national television and radio. Having earned his Master's Degree in 2014 from the Zürich University of the Arts, Switzerland, he has performed in some of the world's most renowned concert halls. He has performed as a soloist with all of the South African orchestras, and has been the Co-Principal Cellist of the KZN Philharmonic Orchestra since 2017.

Andrew Warburton has been active as a performer on South African concert stages since 1982, both extensively as a soloist and accompanist, and as a chamber musician. He received his PhD in 2019 and is lecturer in piano at the UKZN School of Music. 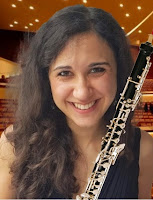 Myfanwy Price earned her BMUS degree and the Master of Performance (Orchestral Specialism) degree at the Royal College of Music, London. As an orchestral musician, she has toured and performed in venues around the world, including Carnegie Hall, the Konzerthaus Berlin and the Royal Albert Hall. Since 2017, she has been the Principal Oboist of the KZN Philharmonic Orchestra.

The concert takes place at St Thomas Church in Musgrave Road on January 30 at 11h00. It forms part of the chamber series taking place on occasions. Tickets R100 (R80 pensioners and students) must be pre booked before the day. Booking through Patti on 079 564 5230.

Covid protocols will be observed.